The things I do for work

I’m not adventurous when it comes to food.

There are two types of food I usually despise: vegetables and seafood.

Having said that, I should mention I do try things when traveling, but it’s rare for me to say, “Oh, I actually like that.” Usually, I take an itsy-bitsy bite, make a face, and guzzle a beverage to eradicate the taste.

So, when Clare Lydon and I were in Whitstable to research One Golden Summer, I naturally had to eat an oyster. Whitstable is known for them.

I’d eaten them before, since my partner is a seafood fan. She also loves veggies, including brussel sprouts. I will never understand that, but I’m getting off track.

In the past, I haven’t puked up an oyster, which for me is a feat. And, I do like some seafood, such as fried shrimp, crab cheese wontons, and fried haddock. I know none of them is all that adventuresome, and I fully admit the preparation for these items masks the seafood-y aspect I don’t like.

There’s not a lot of masking when it comes to eating a fresh oyster.

When we ordered the oysters, we ended up with half a dozen, even though I’m sure I ordered fewer. I only had the intention of eating one for a photo op. I’m admitting that right now. This was for a photo op.

The oysters arrived at the table, and there were a few large and some not so small ones. I ended up with a large one and added Tabasco, because I normally do.

Then I held it in my hand, while Clare readied for the shot.

As you can see from the photo, I wasn’t super thrilled, but I will report the oyster was extremely fresh. A plus. But not enough for me to eat more. I got my photo. Mission accomplished.

The fish and chips were much more to my liking, so I didn’t starve for the night.

In the book, my character wasn’t an oyster hater, but Clare’s was. I wonder if witnessing my reaction influenced her at all. 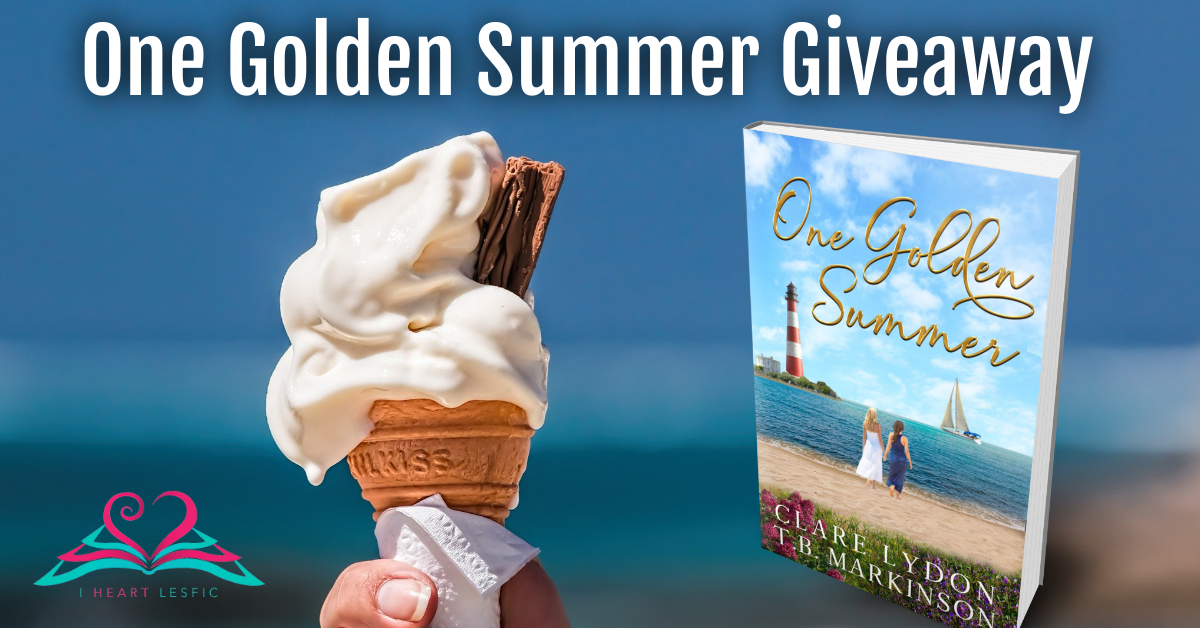 Would you trade fame for love?

Only one problem: she hates it.

She flees to her sister’s seaside town – where she meets the confident & charming Kirsty McBride.

Kirsty is everything Saffron wants to be. Perhaps also, everything she wants.

But Saffron can’t have it all. So now, she has to decide: does she crave Kirsty enough to blow up her golden life?

Best-selling lesbian romance authors Clare Lydon & TB Markinson have written a sizzling lesbian love story about not being afraid and going after what you really want.

TB Markinson is an American who's recently returned to the US after a seven-year stint in the UK and Ireland. When she isn't writing, she's traveling the world, watching sports on the telly, visiting pubs in New England, or reading. Not necessarily in that order. Her novels have hit Amazon bestseller lists for lesbian fiction and lesbian romance. She cohosts the Lesbians Who Write Podcast (lesbianswhowrite.com) with Clare Lydon. TB also runs I Heart Lesfic (iheartlesfic.com), a place for authors and fans of lesfic to come together to celebrate lesbian fiction.
View all posts by TBM →
This entry was posted in A Writer's Life and tagged Clare Lydon, Lesbian Romance, T. B. Markinson, The Writer's Life. Bookmark the permalink.

2 Responses to The things I do for work