The Trials and Tribulations of Having an Odd Head

I have an odd head. There’s no breaking that news gently. Trust me, many have, especially people who cut my hair. They try to gently say I have terrible hair to style and not to expect a miracle.

What’s odd about it?

First, it’s tiny. While I purchase adult-sized baseball hats (I might have an addiction to them), I could get away with buying child-sized ones if it weren’t for the bill being shorter. One of the reasons I wear hats is to protect my eyes and face from the sun. A shorter bill doesn’t quite cut it, which is a shame since kid’s hats are cheaper sometimes.

Second, I have many cowlicks, and I like to keep my hair short. This poses endless problems. When a stylist is trimming my hair, many minutes are spent trying to tame the cowlicks, which love to poof out. My current stylist has said I have the worst hair to cut. Period. I actually took pride in the statement because if I’m going to have terrible hair, I might as well be number one in that category.

Third, on one side, there’s a protrusion of some sort. I suspect that at some point during my early days, I was dropped on my head, although no one has fessed up to this. Since my head is covered with hair, I’ve never been able to see how much damage there is. And, I’ve always been tempted to shave my head to see the weirdness, but given my tiny head, I don’t think I can pull off the shaved look.

Four, my hair is very thin and scraggly. Back in the 90s, when perms and curls were all the rage, many stylists attempted to curl my hair. It never worked out. For about five minutes, it’d look decent, but then one side would lose all the curl, and soon enough, so did the other.

Over the past six months, I didn’t get a haircut because of the pandemic. Another thing about my hair: I hate it when it touches my neck, which it was doing a lot during the last few months. At one point, I took the cat trimmer to the back of my head, getting the fluffy bits off my neck. A couple of months later, the better half took the scissors and hacked off the hair on my neck. A blunt cut, but since I couldn’t see it, I didn’t care.

Recently, I finally got a professional haircut, and I went super short because who knows when I’ll be able to get it cut again. My current do is giving me fantastic bedhead. Every morning I look in the mirror and chuckle. When you have terrible hair like mine, you have to have a sense of humor. Which is why I’m going to share some pictures to prove I have an odd head. 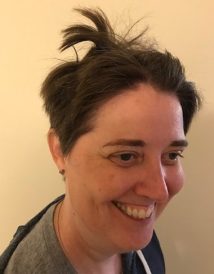 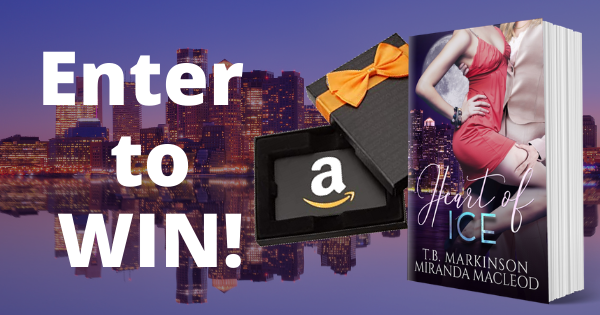 To celebrate the release of Heart of Ice, an ice-queen romance, Miranda MacLeod and I have put together a giveaway. Click here to enter. 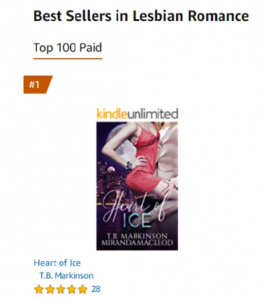 Laurie “the Hatchet” Emerson is a ruthless leader in Boston finance who’s rumoured to have a block of ice where her heart should be. If only. Recently widowed, Laurie fears she’s broken beyond repair, until a once-in-a-lifetime business deal reignites her passion for work and gives her a shot at proving to the world she still has some life left in her.

Jack Kennedy is a young portfolio manager who aspires to greatness. Unfortunately, she’s so many rungs down the corporate ladder she can’t even scrape up enough money to move out of her mother’s apartment. Her luck changes when her work ethic is finally rewarded with the job opportunity of her dreams.

A blizzard forces their worlds to collide, but what was meant to be a no-strings night of passion becomes more complicated when they both arrive at the office the next morning to discover they each spent the night with the one person in the city who could crush their futures.

Together, they just might hold the keys to everything they’ve ever wanted, but the difference in their ages and positions could spell the end of their careers. Will the ice queen and the protégé find happiness together or lose everything?

TB Markinson is an American who's recently returned to the US after a seven-year stint in the UK and Ireland. When she isn't writing, she's traveling the world, watching sports on the telly, visiting pubs in New England, or reading. Not necessarily in that order. Her novels have hit Amazon bestseller lists for lesbian fiction and lesbian romance. She cohosts the Lesbians Who Write Podcast (lesbianswhowrite.com) with Clare Lydon. TB also runs I Heart Lesfic (iheartlesfic.com), a place for authors and fans of lesfic to come together to celebrate lesbian fiction.
View all posts by TBM →
This entry was posted in A Writer's Life and tagged A Writer's Life, Bedhead, Heart of Ice, Lesbian Author, Lesbian Romance, Lesfic, TB Markinson. Bookmark the permalink.